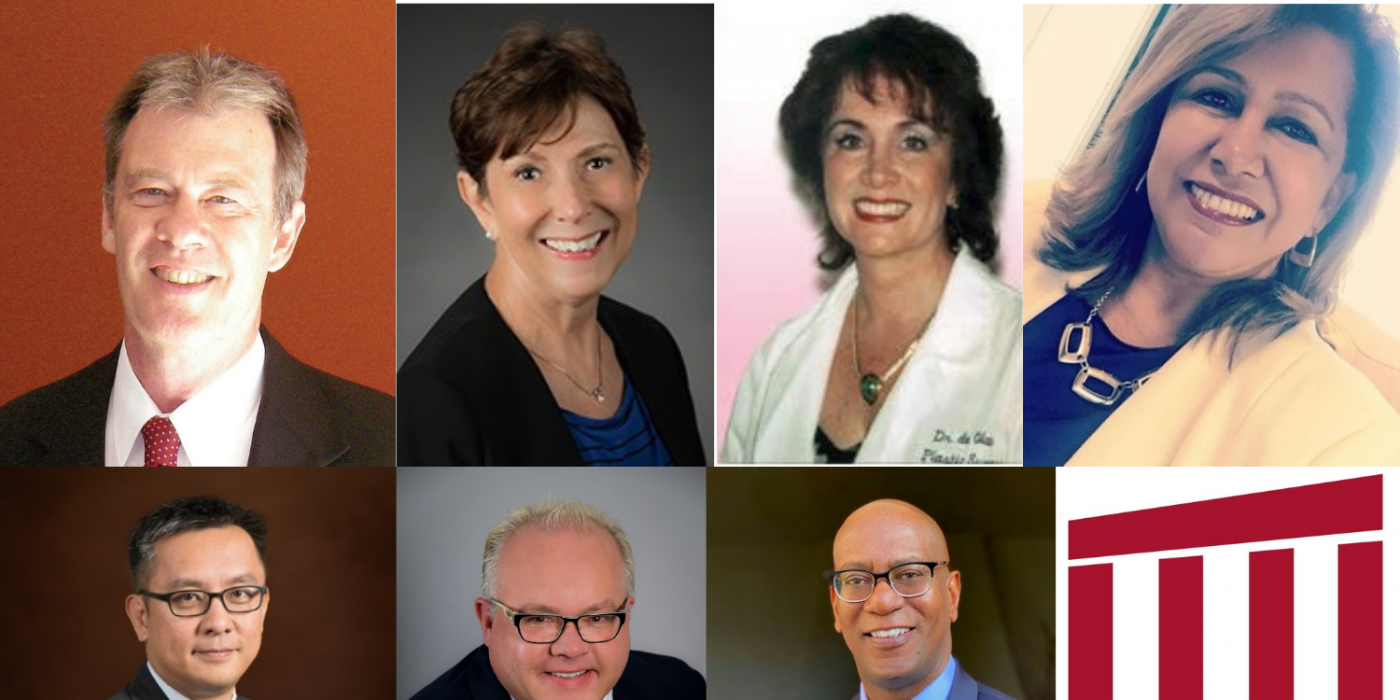 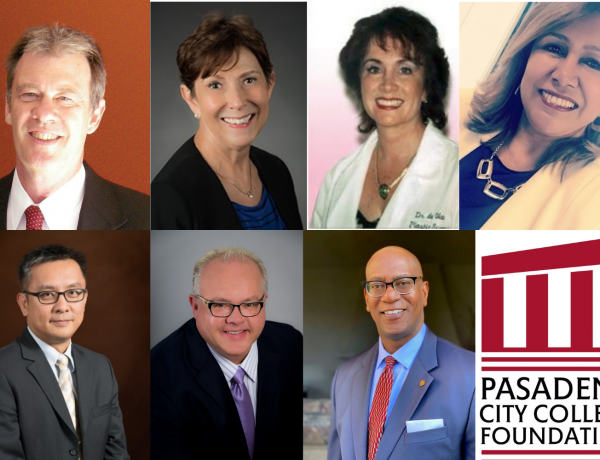 Pasadena, CALIF. (January 12, 2021) – The Pasadena City College Foundation has announced seven new members to its Board of Directors. The new members join other Pasadena area leaders to support PCC students and the College by working to fulfill the mission of the Foundation.

The Foundation has elected Hoyt Hilsman, Cynthia Kurtz, Gloria de Olarte, Gilda Pettit, Justin H. Tsui, Robert Floe and Craig L. Washington. These new members come in under the presidency of Gloria Pitzer and they bring their invaluable expertise to the board. 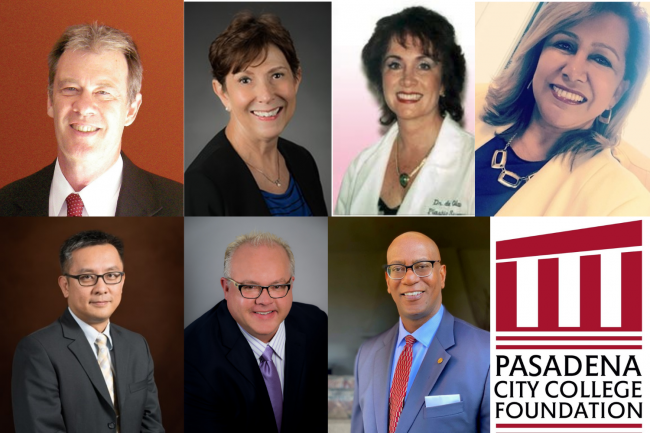 Hoyt Hilsman (top left) is an award-winning author, journalist, and former PCC Trustee and former candidate for Congress in California. He has written screenplays for film, television, and the major studios and networks in Hollywood, including Sony, Disney, New Line Cinema, ABC, and CBS.

Cynthia Kurtz (second from left) has more than 30 years’ experience planning and managing complex projects and programs in the public, private, and nonprofit sectors. Most recently, she was city manager for the City of Pasadena. She also served as interim city manager for the cities of Covina and Santa Ana, chief operating officer for River LA, and president of the San Gabriel Valley Economic Partnership.

Gilda Pettit (top right), a highly skilled Asset Based Lender with over 35 years’ experience in Commercial Lending, is a Vice President and Team Lead at City National Bank. She has spent 10 years at Wells Fargo Bank as a Relationship Manager, and from 2012 – 2013 she was a member of the Wells Fargo Capital Finance Diversity Council. Most recently, she has served as the treasurer of the National Latina Business Women’s Association-Los Angeles.

Justin H. Tsui (bottom left) has extensive experience in providing strategic vision and leadership for IT solution architecture and implementation, Cloud and Mobile strategy evaluation and implementation, cyber security and compliance management, and operational and financial management. As President and CEO of TeamLogic IT of Pasadena, he oversees supply chain development and implementation.

Robert Floe (center) is the president and founder of Floe Financial Partners, a Pasadena investment advisory firm that has been helping individuals, charities, and corporations for 33 years. Floe has served as the chairman of the board of Union Station Homeless Services and has been on the boards of Five Acres, Heifer International Foundation, and Pando Populus.

Craig L. Washington (bottom right) is the Vice President of the Tournament of Roses and has been a volunteer member since 2000. He will serve as the Association’s President in 2028. Professionally, Washington is a licensed Certified Public Accountant and California Real Estate Broker. He currently serves as a Regional Contract Manager for Jacobs Engineering Group Inc.

“I am excited to welcome our new members to our Board of Directors,” said Bobbi Abram, Executive Director of the PCC Foundation. “Each of them brings great knowledge and passion for the PCC community. We look forward to their contributions to the Foundation.”