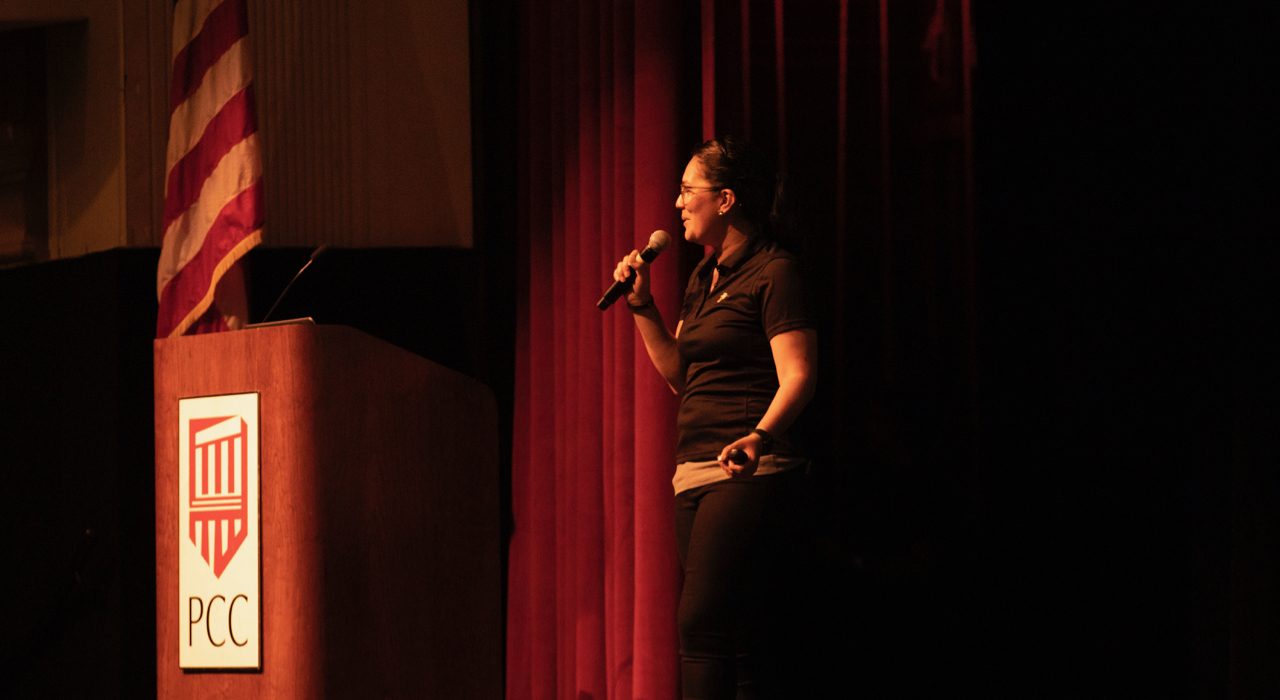 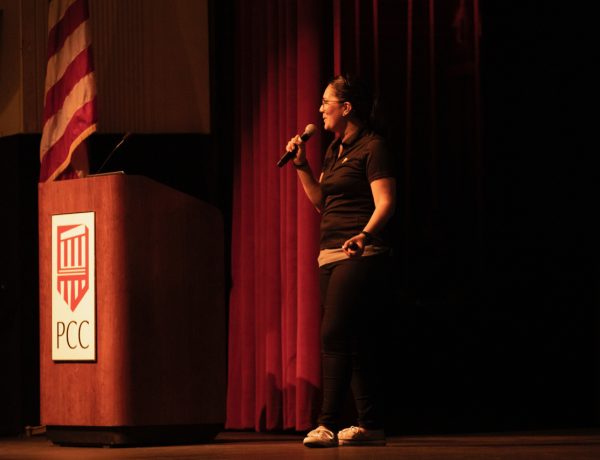 A Lancer for Life 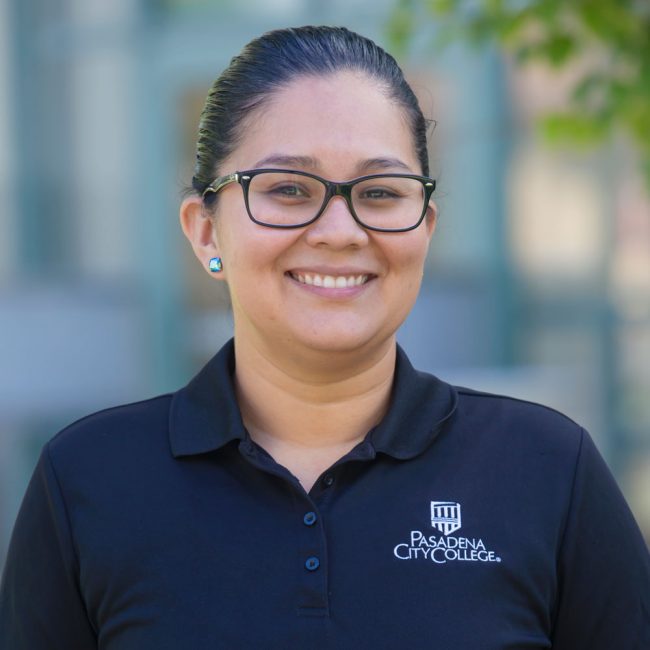 Ask Angie Alvarez her defining characteristic and she’ll tell you that she’s dedicated.

That’s undeniably true of the Pasadena City College/Cal State Northridge alumna and PCC’s current High School Relations/College Orientation Specialist, who has been involved with PCC, either as a student, a volunteer, or an employee since the age of 14.

The daughter of Mexican immigrants, and herself a Pasadena native, Angie has always been involved in the community.

“I basically grew up at PCC,” she says, recalling her years in the Upward Bound program. “I was always on campus, doing college-prep for first-generation and low-income students. My parents came from Mexico when they were younger, and they didn’t exactly have the same opportunities that I did for higher education.”

This made it even more important for Angie to get her college degree.

“It was a big deal for me to go to college,” she says. “At the time, my goal was to become a veterinarian, to give back to my community in some way. And initially, I got accepted to UC Davis as an animal science major, and that’s where my academic career started.”

After a year at UC Davis, Angie transferred back to Pasadena—to PCC—having decided to change her major.

“When I was in high school, I remember thinking that PCC wasn’t an option for me, since I’ve always been in Pasadena,” Angie says. “I can see how much of a misconception that was now. Students are often under the impression that they need to attend a four-year school right out of the gate; they think they need to go away to college or else it isn’t really a college experience. So I was avoiding PCC at first.”

“PCC really is the best community college around,” she says. “It offers a terrific education for an affordable price…and here’s the thing: my most memorable classes and teachers came from PCC. I was connected to some amazing counselors there, and that’s actually when I began to think about going into counseling instead of veterinary school.”

One could classify her whole story as pioneering: being the oldest of 5 children, Angie took it upon herself to learn everything about college admissions, about the SATs and ACTs, and what her best options were for attaining her degree. She worked three jobs while working on her associates at PCC; she was the first first-generation college student in her family and the first to earn her degree—a BA in Child and Adolescent Development from Cal State Northridge in 2011; furthermore, she went on to earn her MS in Counseling and Pupil Personnel Services with PPS Credential from California Lutheran University in 2017.

“It’s been over 12 years now that I’ve been at PCC,” Angie says. “I can’t imagine what my life would be like without it.”

In 2012, Angie was hired as an educational advisor for PCC’s Talent Search program.

“The job sort of fell into my lap,” she says. “I’d been doing admin work for the Upward Bound program. It was easy for me to step into that kind of role because I already knew everyone there. I had mentored and tutored for years; I helped out with testing and taught a volunteers class. One summer, I was an RA. So I applied for the job when it became available.”

In 2021, the Ann Peppers Scholars Program was developed, which was designed to provide underserved students from the Pasadena Unified School District with increased services and academic supports to remove financial barriers with the goal of increasing retention, persistence and degree/certificate completion or transfer at PCC.

PCC needed someone to help establish the program and introduce it to the community. Fortunately, Angie had the experience and the know-how to take on the challenge.

“It’s about giving first-time college students the support they need to successfully enroll and get started at PCC,” Angie explains. “We provide information about the College and the various degrees and programs here before they reach their senior year of high school.”

“This is especially important for first-generation students who have no background in this and no one to guide them through the process,” she adds. “Helping them identify their educational plans can be the difference between a student who graduates and transfers, and a student who drops out.”

Angie is excited to partner with the PCC Foundation in Fall 2022, when the Ann Peppers Scholars Program is set to launch. She will begin outreach visits to local high schools and making connections with students.

“It’s a great program, and I can’t wait to get started!”