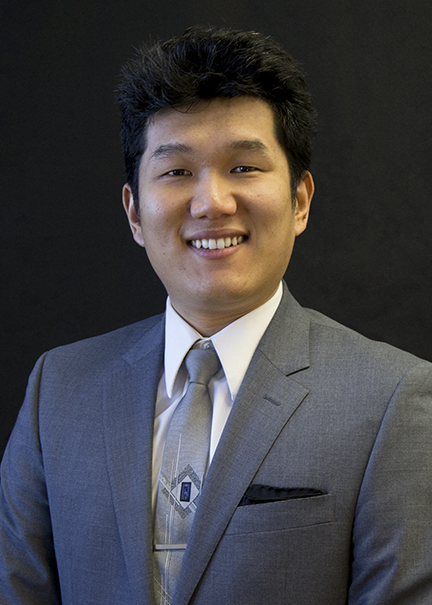 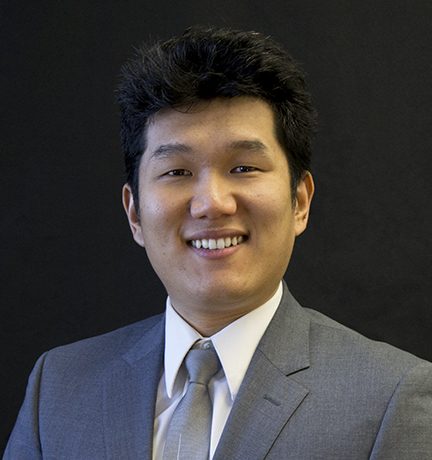 A Model for Change

Back in April, Paul-Long Lee was doing his best to process the widespread uncertainty of the COVID-19 pandemic.

A dedicated PCC alumnus and Lancer for Life, Paul knew there would be concerns about the costs and value of a higher education in such an unprecedented time. But it was alarming to think that many first-generation students would forego an opportunity for a college education altogether.

“During so much uncertainty, a lot of people were thinking about what was going to come once things opened back up,” Paul said. “People are still thinking about that! Unemployment is at a record high and people are very worried about what the future holds for them.”

Remembering the PCC Foundation and its positive outreach to the community, Paul decided to pass along some good news.

“I have a resource that I think would be valuable to my fellow Lancers,” he said in an email to the Foundation. “It’s a $12,000 scholarship for first-generation students who are interested in pursuing their MBA with CiAM.”

As the Director of Student Engagement and Community Outreach at the California Institute of Advanced Management (CiAM), Paul explained that the First-Generation Scholarship is essentially a 50% tuition reduction on a local high-quality, hands-on, project-based MBA just 20 minutes away from the PCC campus.

In other words, it cuts the costs of an MBA in half.

“The main thing about this scholarship,” Paul said, “is that it’s focused on first-generation college students. CiAM is predominately first-generation students in terms of our alumni and administrators, so we understand the particular challenges for someone who’s never completed a bachelor’s to go on and complete a master’s degree. This scholarship is a great opportunity for someone to look ahead and get prepared to cover the costs of an MBA.”

Paul can attest to this, as he received his MBA from CiAM in 2014 and is a first-generation college student himself.

“I grew up very poor,” he said. “I remember dumpster-diving as a kid; I remember never having new clothes and always shopping at the Salvation Army and Goodwill, going to food drives, stuff like that.”

When he was ten, Paul and his family moved to Taiwan where he spent the majority of his junior high and high school years.

“I had this eye-opening multi-cultural experience when I lived there,” he explained. “Taiwan is more community-based in my opinion. Their mindset is not as intense as it can be in the U.S. Here, everything is fast paced. ‘Time is money’ and all that. But in Taiwan, it’s more holistic. It changed my thinking about what it means to be committed to something.”

Paul knew that community college was the best option for him when he finally returned to the U.S. in 2007. Landing in Pasadena only made his decision easier—PCC was where he would begin his higher education.

“PCC had one of the highest transfer rates of any community college in the area,” he said. “The academic rigor there was great.”

Paul spent several months in PCC’s communications department earning his GED before applying to the College’s computer science program. From there, he went on to study software engineering and programming, mathematics, economics, and communications before finally landing on business.

“I think the community college system is by far the most focused on student success,” said Paul. “Whereas a lot of universities are money driven, the level of commitment community colleges have for their students is astounding. PCC reflects this 100%. When I look back on my education, being a Lancer was one of the most rewarding and inspiring experiences I’ve ever had.”

Paul studied at PCC from 2008 to 2011 before transferring to CiAM, and he looks back on his time there with great affection.

“I always go back to PCC,” he said. “I get all the emails and newsletters, I’ve taken various classes there since I graduated: pottery, improv, and other community-focused classes. It’s always great to be back on campus and see how much things have changed over the years.”

For Paul, his career at CiAM is deeply inspired by his PCC experience.

“Like PCC, it’s a nonprofit school dedicated to student success,” he explained. “That’s what attracted me to it in the first place. It’s there to provide a robust education and help individuals get real-world, hands-on experience; it’s focused on those who think that a better world is built through better, sustainable business practices.”

Reflecting on the world today, Paul expressed his concerns about what kinds of business models can lead us responsibly and productively into the future. He pointed to the meat industry as an example.

“The way we’re commercially farming right now causes a lot of issues for the planet,” he said. “We need to rejuvenate agriculture and allow for a more natural cycle in terms of how we raise livestock and crops. It’s not only more humane, it will improve the environment.”

“Even the situation we’re in right now with the pandemic can be traced back to bad business practices,” he went on to explain. “My hope is that the kind of education CiAM provides will promote healthier and more innovative ways of doing business.”

It is this, perhaps, that Paul values most about his education: the knowledge and ethics he has gained to do business well.

“PCC started me on this path,” he said. “There is such a wealth of knowledge there. I’ve had so many positive experiences; I’ve been introduced to so many different ways of thinking. Because of all my professors and the resources that were available to me, I was able to hone myself to the business and marketing side of things. And now I’m the one who’s out in the world making a difference.”

“I have very fond memories of PCC,” he added. “I’ve always believed that education should be on the side of empowering the individual and helping the community, and that’s precisely what PCC is about.”