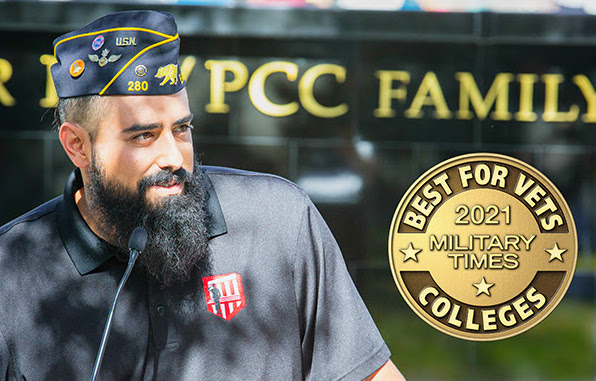 Some think of veterans as separate from the rest of society, people who navigate a parallel but entirely different system. There’s a word for this, in fact: the civilian-military divide. It suggests there’s a societal and cultural gap between those who have served in the military and those who have not. And while there are certainly differences, veterans are part of the same system as everyone else, and especially because of their sacrifices, they deserve to have that system work for them. 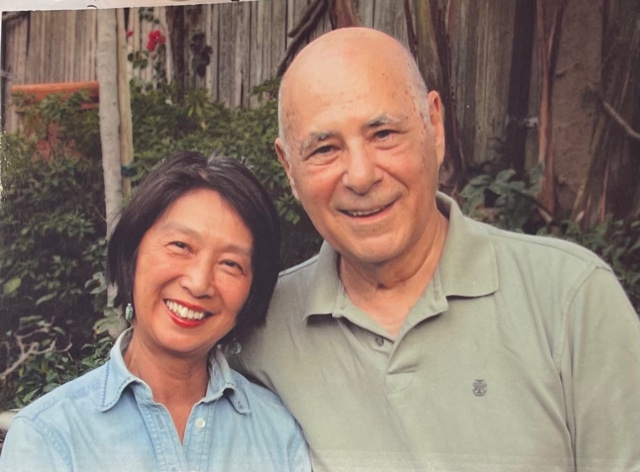 For several years, John Pipia and his wife, Betty Ma—founders of Pasadena-based commercial real estate investment company, Pacific Starr Group—have been exploring ways to tangibly assist veterans. As one of the avenues chosen, they recently established a fund that will provide financial support for U.S. Military combat veterans pursuing a post-secondary education.

“We’ve long had an interest in supporting veterans,” said John, who himself is a veteran. “Because of my prior service, and my father’s service during WW II, we wanted to do something tangible and meaningful, something that would create an impact on those who have veteran status.”

Born in Brooklyn, NY, John followed in his father’s footsteps and joined the military in 1959, at the age of 21. He served in the U.S. Army (Infantry) and had about 10 years of active duty service.

Betty, his wife, is a Chinese American citizen who immigrated from Hong Kong to the U.S. in the late 50s. She is the first person in her family to receive a formal college education as well as earn a degree from graduate school. It is because of this that Betty strongly believes in the concept of the American Dream.

“When I first attended elementary school in America, I didn’t speak any English,” she explained. “Everything I’ve been able to accomplish has been through a lot of hard work and having access to education and opportunities. The reason I stress this is because I believe education is something that is really important, whether it is technical training, college or graduate programs. There are a lot of resources in America that one can use to improve their life.”

Nodding in agreement, John added, “I, for one, believe that most people can accomplish much more than they think they can if they are properly motivated, supported and incentivized. Betty and I have a particular interest in supporting vets, so we started looking at education and ways we could help them with the financial needs that come with it. That’s what led to establishing this program with the PCC Foundation.”

The Welcome Home Fund, established in March 2021 in collaboration with the Pasadena Community Foundation, will grant a $1,000 scholarship to qualified, selected individuals every year. Veterans from all Services (Army, Marines, Navy, Air Force and Coast Guard) are possible candidates. Eligible students must demonstrate serious academic ambition and progress with a minimum 3.0 GPA; they must be enrolled full time; in addition, they must be combat veterans who have served on active duty in a combat zone for a minimum of six months. An Honorable Discharge is required.

“The shift from military life to academic life can be a huge culture shock,” said Carol Calandra, PCC’s Interim Director of Veteran Services. “Helping vets make that transition is so important. It’s about helping them take those military skills and transfer them into civilian skills.”

For John, it was important to reserve the Welcome Home Fund not just for individuals with veteran status, but specifically for those who were in combat.

“I wanted there to be an emphasis on combat vets,” he said. “Not to denigrate anyone else or their service, but for a vet who has experienced combat and who has left the service, there’s a complete reorientation of their life and what they have to go through. It’s a dramatic change. So it was important to us that this fund be focused specifically on them.”

So why PCC? What about the College, about Pasadena, resonated with John and Betty?

As John explained, “PCC has a very strong veteran orientation with the programs it provides. There’s a focus on it, and we felt it would be a good place to begin. We could have considered UCLA, USC, or any other number of institutions, but we felt PCC was special in its focus on veterans, and frankly, they were set up to handle it.” 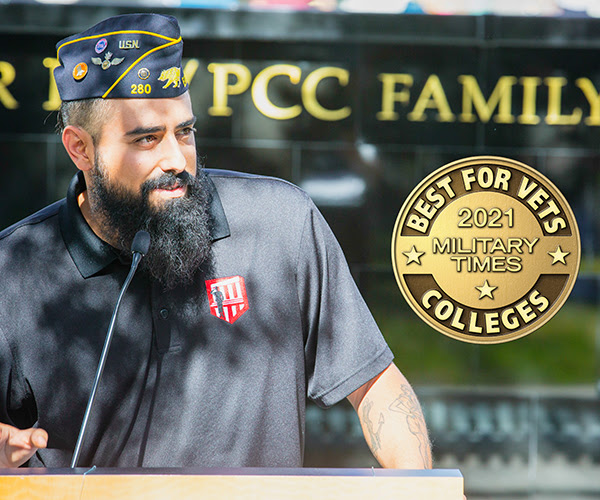 Indeed, PCC has been ranked number one in the state for community colleges for military service members and veterans by The Military Times and is the 101st school in its overall rank with both four-year and two-year schools in the country.

“It really is a cause for celebration,” said Carol. “Vets get to walk first in graduation with a veteran’s sash. It’s gifted to them; the sashes are beautiful satin; they’re embroidered. You can tell it means a lot to the students. They’ve accomplished so much, and they deserve the recognition.”

“The concept of the Welcome Home Fund is to acknowledge how very different civilian life can be from military life,” said Betty. “We hope we can help inspire these vets who come back and make sure they know we remember and appreciate them and what they have done for all of us and our country.”

That is perhaps the essence of the Welcome Home Fund: letting PCC’s student veterans know they have a place here, a purpose, and that their transition back into civilian life is not something they have to do alone.