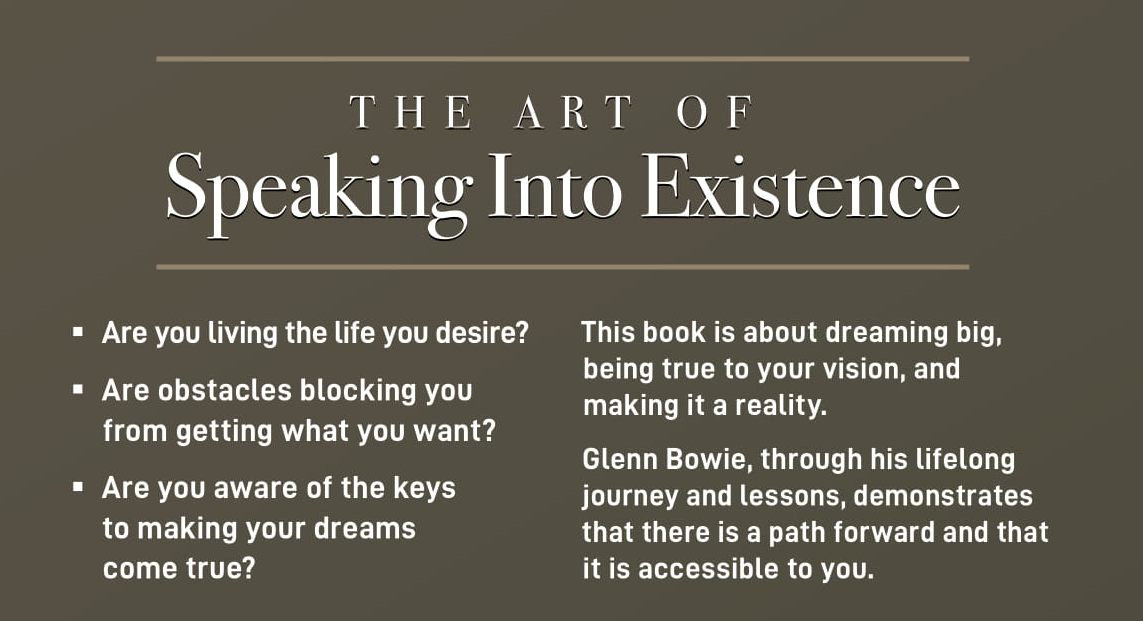 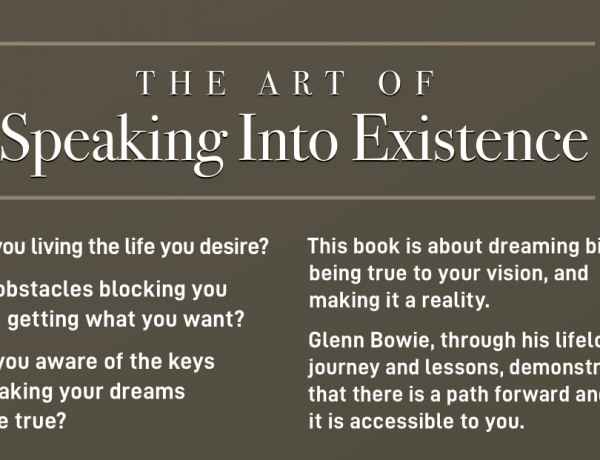 Glenn Bowie’s Vision: How one PCC Foundation board member is paying it forward

His family didn’t have many financial resources when he was growing up, but he worked his way through school at Western Illinois University to get into the business world. Since then, he has spent almost three decades as a consultant in the wireless industry and currently holds the title of Major Account Executive for T-Mobile, one of the three largest wireless carriers in the U.S.

Now, the self-made entrepreneur and motivational speaker is publishing his inspirational memoir The Art of Speaking Into Existence, which chronicles his journey from the projects to prosperity. Through his lifelong journey and lessons, he demonstrates that there is a victorious path forward, accessible to anyone with the right approach, attitude, and beliefs. 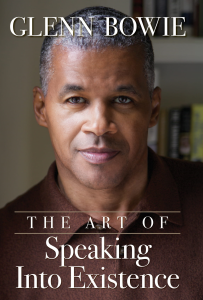 “It’s my life story,” Glenn says. “I wanted to teach people the value of being a mentor, of setting goals, of dreaming big; I also wanted to teach them about the value of giving back. That’s a critical part of what life’s all about. Being able to share with others and make a difference.”

Beginning with his childhood, Glenn’s story charts his experiences as he moves through the world, overcoming obstacles and learning to trust and accept help from others. He discusses his loving relationship with his mother, who he currently cares for, and how he achieved success by envisioning the possibilities of his future.

Though he took extraordinary pains in his life, Glenn is a born optimist who never lets the discouraging and dismal attitudes of others cloud his outlook.

“It’s all about how you look at it,” he explains. “I remember thinking I would never get into college. But people kept coming into my life. They would offer their support, their advice. That’s a large part of how I got to be where I am today, and that’s what I hope to do for others.”

Since 2018, Glenn has been a member on the Board of Directors for the Pasadena City College Foundation.

“I wanted to give back to the community,” he says. “My friend Nancy Davis told me about a great opportunity at the PCC Foundation and introduced me to Bobbi Abram. That’s how I got started.”

From there, Glenn joined several of the Foundation’s committees, including the Scholarship and Student Success Committee, along with the Business Council.

“Hearing the stories of PCC students has been both moving and inspiring,” he says. “It’s compelled me to get even more involved.”

For Glenn, it’s about making a difference in someone’s life. And who better than those seeking higher education at PCC?

“I want to help the Foundation raise awareness about what it does to support the College,” Glenn says. “One of my goals is to mentor young people at the Freeman Center as they prepare for the workforce. I want to help them keep a positive attitude as they continue to pursue their academic and career goals.”

Glenn is well aware of the impact PCC has as one of the top community colleges in Southern California. The College takes pride in providing access to affordable, high quality education to a diverse group of students, many of whom are low-income, first-generation students.

Something Glenn knows a little about.

“I grew up in the projects,” he says. “I was the youngest of four kids, with a single mother. I put myself through college, waited tables, worked as a bellhop in the hotel business. It was a lot of hard work to get where I am today. But I also learned to accept help from others along the way, and that’s really how I ended up here.”

Ever since he was a boy growing up in Peoria, Illinois, Glenn would envision himself living in sunny California, where the Rose Bowl parade trumpets down Colorado Boulevard each year, where the San Gabriel Mountains carve out the backyards of residents.

“I remember watching the Rose Bowl football game on TV and seeing people wearing tee-shirts,” he says. “Meanwhile, I would be in Illinois, snowed in. That’s when I started imagining myself living in California one day.”

“My mother always reminded us kids to never forget where we came from, though,” he adds. “She always told us how important it was to give back.”

This lesson from his mother is the crux of Glenn’s worldview. Giving back. Helping others. And it is the very reason he dedicated his book to her.

The Art of Speaking Into Existence is available for purchase HERE.