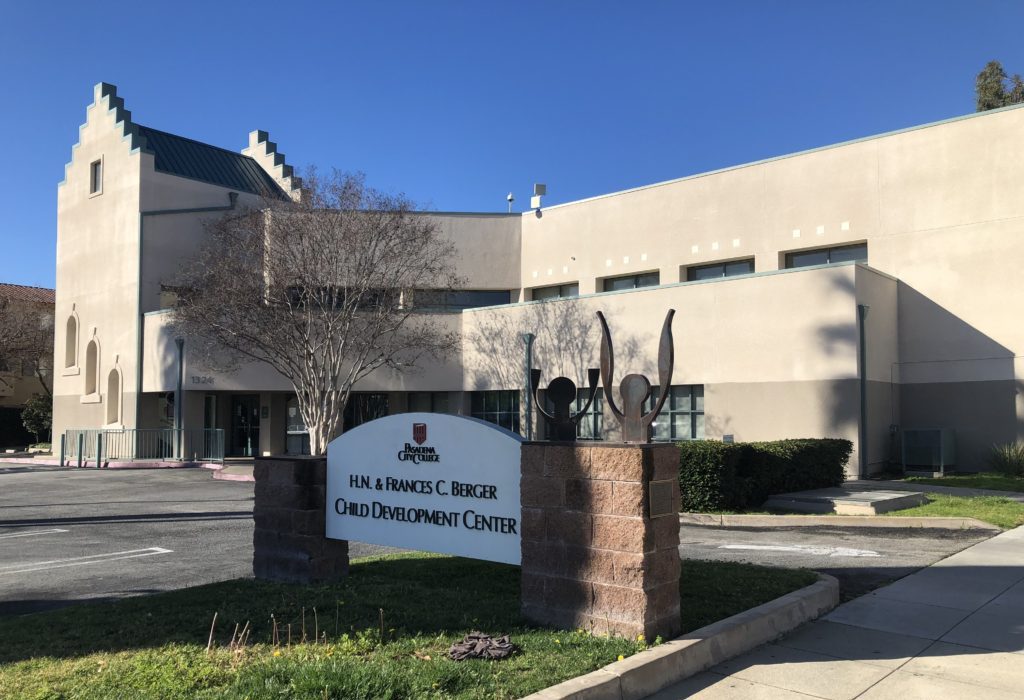 November 2019 marked twenty-three years since the H. N. and Frances C. Berger Foundation and PCC opened the current Child Development Center (CDC), which serves hundreds of children, families, and students in the community. 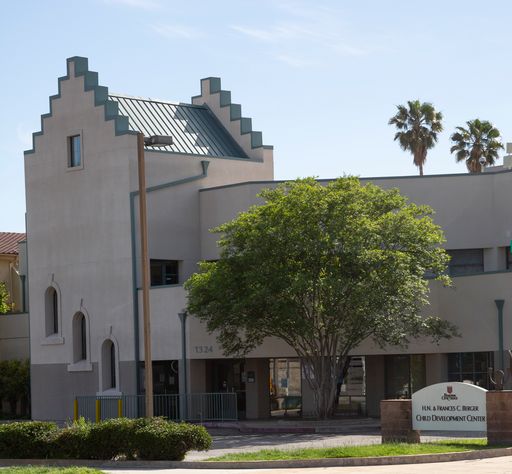 At the inception of the program, the Berger Foundation built the Center and leased it to the College for a nominal amount.

Jack Scott, president of the college from 1987-1995, reflected on how such a center was not only desirable at the time but necessary for the college’s early childhood education program.

“The Center serves two purposes,” Jack said. “One, it’s a place for students to get a certificate or degree in early childhood education. And two, it offers many students who have young children a nice place to leave their children during the day. Their kids can get good teaching and good care at a reasonable cost.”

The Berger Foundation has a long history of partnering with PCC. In 1996, they donated $90,000 to help build the Shatford Library, which today serves as one of the college’s most recognizable landmarks on campus.

In 2014, Jack led the Foundation’s major gifts campaign and, due to his past relationship with the Berger Foundation, approached them about an opportunity to build upon their previous gifts benefitting the College.

“The College’s early childhood education program is not just a care program,” Jack explained, “but a teaching program. This time, we wanted an outdoor play area for the children.”

The Berger Foundation graciously agreed to Jack’s proposal. In 2018, they pledged $150,000—one of the larger gifts of the campaign—to construct three outdoor play environments for toddlers, pre-school, and pre-kindergarten aged children at the CDC.

The biggest surprise in addition to the gift was that the Berger Foundation also decided to donate the entire building to the College.

“We feel that PCC does a great job in the community,” said Chris McGuire, President and Chairman of the Board of the Berger Foundation. “All of us on the board are from the San Gabriel Valley, and so we’ve all had a child or a friend attend PCC at some point. We thought this would be a good way to help.”

The new outdoor play environment fulfills an essential role in early child development curriculum. It gives children opportunities for creative exploration and problem solving as they interact with peers and teachers and discover elements in their surroundings that fuel their imagination.

As Chris said, “We’ve always had a soft spot in our hearts for PCC.”