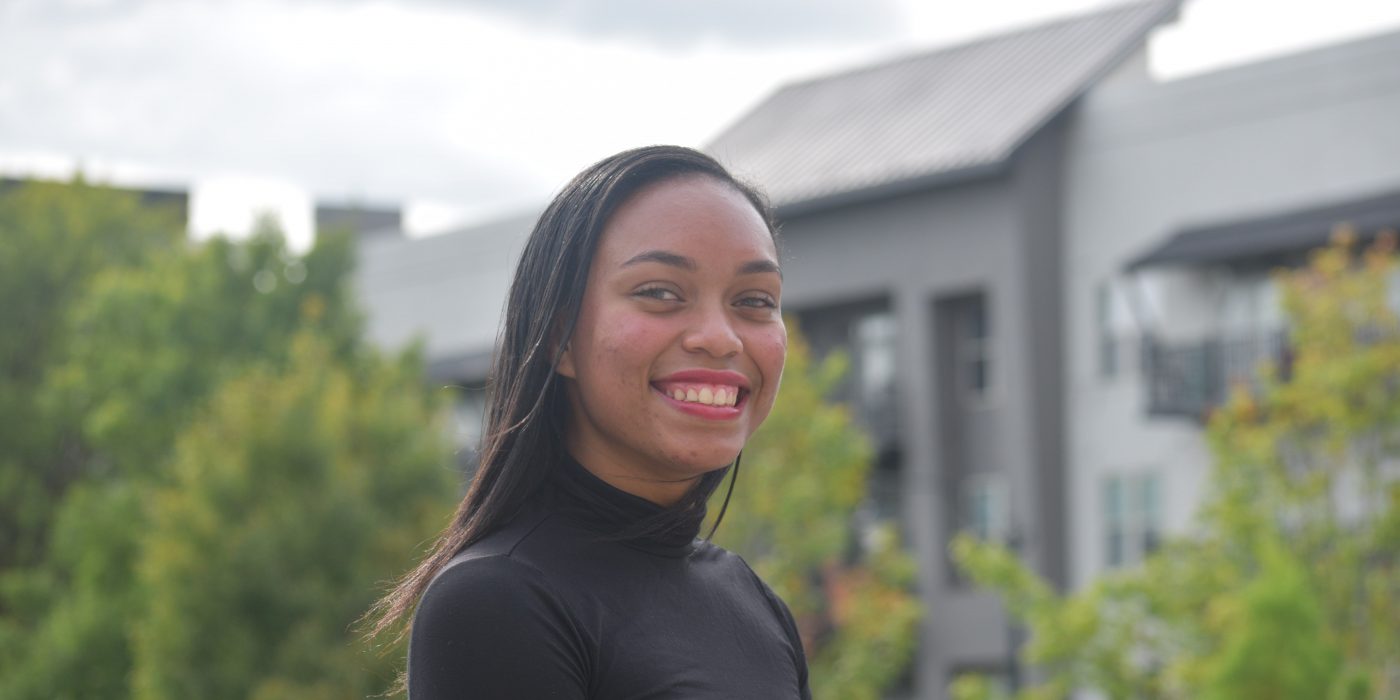 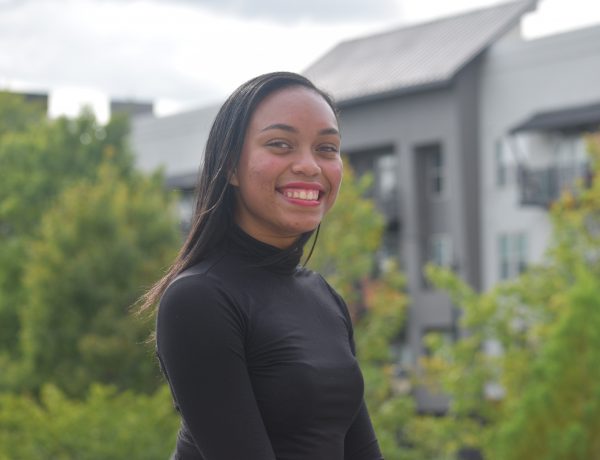 For many people, life looks completely different than it did a year ago.

The COVID-19 pandemic has disrupted our everyday routines of work and school. It has even affected the way we communicate with each other. But Jade Muslar is keeping her head held high as she figures out how to deal with the new normal.

Jade, a PCC student, is currently living in Atlanta, GA, where she is helping manage her mother’s storm-damaged house.

“My mom went to Belize in December of last year to help my grandmother with the family hotel,” Jade said. “Then when the pandemic happened, the country closed its borders and she got stuck there. She’s been there ever since.”

While Jade finishes her last few classes online, she juggles the financial management of her mother’s property—dealing with insurance, disposing of ruined furniture, helping to remove a large tree that fell on the house—along with finding places to live in the meantime.

“Essentially, I’ve had to become the CFO of the family,” she explained. “The two weeks of tropical storms Georgia had in early July did a number on my mother’s home. We basically have to demolish the entire house and rebuild it; everything is up to me to deal with since my mom is out of the country.”

Of course, who better to handle the family finances than a finance student?

Jade, who started her PCC education in 2017, is getting her business administration associates in science, with her main focus being finance.

“It’s really thanks to PCC that I’m able to do all of this stuff to help my family,” she said. “Even though I loved finance in high school, I now know far more about accounting and business law because of PCC. I was in the College’s Volunteer Income Tax Assistance program (VITA) and it definitely helped me to understand the tax system, which is a big part of what I’m doing right now with the house—dealing with property taxes, dealing with the IRS.”

A recipient of five scholarships during the 2019-2020 school year, including the Jack Scott Osher Scholarship, Robert Westerbeck Scholarship, and the Association of Black Employees Scholarship, Jade is no rookie when it comes to knocking it out of the park with her education.

“I’ve always been a diligent student who gets good grades,” she said. “But so far this year, I’ve had to drop some classes because of all the chaos.”

In March, the College’s transition to online classes demonstrated the seriousness of the pandemic. And for Jade, who was still living in Pasadena at the time, life suddenly went from ordinary to overwhelming.

“I couldn’t go on campus suddenly; I couldn’t meet with my instructors,” she explained. “There were these extremely long lines outside of grocery stores and supermarkets. Eventually, I had to give up my apartment because I suddenly couldn’t afford it anymore, and I moved in with a friend while trying to finish out the semester.”

In May, Jade decided to head to Atlanta where she would be able to live rent-free and avoid being a burden to her friends.

And that’s when the tropical storms hit.

“It just felt like one thing after another,” she said. “It still feels that way actually. But I know we’re lucky in a lot of ways, too. We had insurance, which covered the damages to the house since the storms were out of our control. And now that I’m back in school, things are starting to feel somewhat normal, even if they’re not.”

At any other time, Jade would have been taking 18 credit hours—an average class load for her in a given semester. But the pandemic, combined with her eventual family emergency, forced her to reduce her number of classes this Fall.

“It’s been easy and hard in different ways,” she explained. “Easy in the sense that I can contact my professors and they’ll respond to me quickly. But I’ve also been moving around a lot since my mother’s house is uninhabitable; I’ve moved from place to place, from Airbnb to hotels.”

“My cousin and I were living at one hotel for three months,” she added, “and it was a nightmare because we have dogs, and they had nowhere to run around. It was a small, cramped space, which isn’t optimal for learning and doing schoolwork.”

Despite all the challenges, it’s been a real opportunity for personal growth.

“Even though it’s been hard, I’m grateful that I’m still in school and finishing up my degree,” she said. “I’m sad that I won’t be going back to PCC’s campus as a student, but I will always be thankful for what the College has done for me.”

Set to graduate in early 2021, Jade plans on attending Boston University for her bachelor’s, and from there, she has her sights set on receiving her master’s from MIT.

“I would like to be the financial manager of an environmentally conscious company someday,” she said. “Maybe even a college professor. Either way, I’m very passionate about environmental science, and if I can combine that with my focus in finance, that would be amazing.”