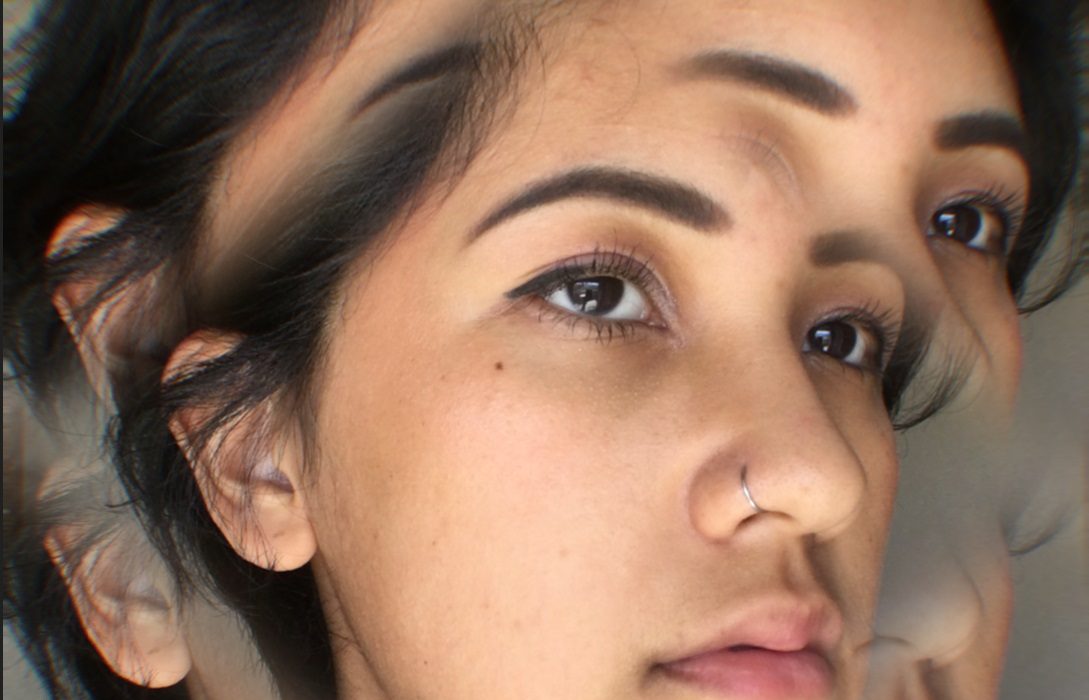 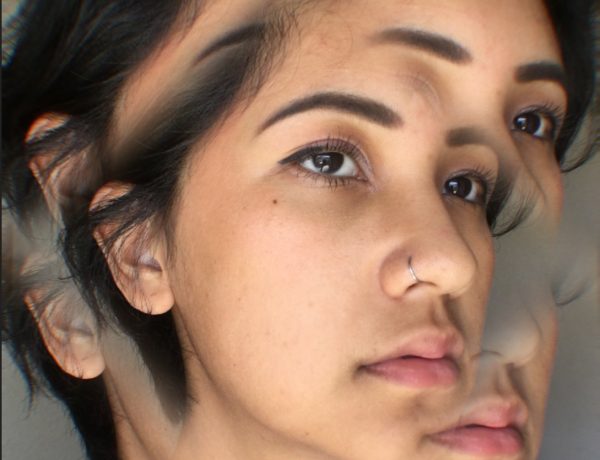 Listening to the Universe

The natural hot springs in the Coachella Valley aren’t as busy today as they were a few months ago, but this stretch of desert still resonates with the energy of annais linares’s wellness classes about deep listening—a way for people to engage with the expansion of consciousness by connecting to sound.

“A lot of people roll their eyes when they hear about these kinds of holistic, artistic, academic things,” says annais, who uses only lowercase letters to write her name. “But I really like the aspect of the performing arts that isn’t just about performing but about the healing and wellness factor of art as well.”

These classes, along with her involvement on the leadership council for the Palm Springs nonprofit Wyld Womxn Collective (pronounced wild women)—an organization that facilitates space for women and nonbinary individuals to come together for critical discussion and art—are some of the bigger passion projects for annais today.

But annais didn’t randomly develop her interest in deep listening and nonprofits that support the arts. Her love for them and their ability to connect people to not just each other but to the universe has been taking root in her for years.

“It really began at PCC,” she says.

When annais attended PCC’s Welcome Day in Fall 2014, she was a little uncertain about what field of study she wanted to pursue.

“Music was an avenue I’d always been interested in,” she explains, “but astrophysics was another.”

As a kid, annais would watch the Discovery Channel and marvel at the phenomena of the universe. Learning about astrophysics was a way for her to engage with something beyond what she could see or even imagine. As she puts it, “I had a real interest in where we came from and how we got to where we are.”

Although annais didn’t necessarily grow up in an arts-centric community, she had been involved in the performing arts from a very early age. She sang in her school choir, participated in theatre, and discovered her talent and appreciation for music through her relationship with her grandparents.

“I remember my grandfather trying to give me piano lessons when I was little,” she recalls, laughing slightly at the memory. “And then my grandmother on the other side of my family grew up playing guitar and singing. So, I guess music runs in my family.”

With these two fields in mind—and seemingly dissimilar fields at that—annais found herself a little overwhelmed as she made her way through the Quad on Welcome Day. There were dozens of booths to visit, tons of people handing out flyers. Which course of study would be more lucrative for her? What path should she follow?

It was when annais learned about PCC’s performing arts program, and specifically its music program, that the answer came to her.

“The music department had a very structured timeline for the two years a student might be at the college before transfer. I didn’t exactly see that in the astronomy department,” she explains, adding, “There wasn’t an astrophysics department at the time.”

As a 17-year-old fresh out of high school, it was precisely this structure that annais needed.

She says, “Once in the program, I was impressed by how much support the teachers and the students in the music department had. Steven Gates, who was the head of the department at the time, had a deep care for his students—something I appreciate in any teacher. And what really made me glad to have chosen that path at PCC is that they gave a lot of space for students to go with their own creative intuition while still laying down a clear way of getting through the program.”

For annais, it was a combination for success. She went on to sing with a big band for the very first time; she performed at the Arcadia Blues Club with Mary Durst’s Jazz Combo for Vocalists two years in a row; she sang with the Lancer Concert Band during her graduation.

But perhaps the cream of the crop of annais’s success came in 2015, when she was named one of the top three Westerbeck scholarship recipients. The selection committee was not only impressed with her musical talents but also with her uncanny and striking ability to use music as a way to improve the lives of others.

“Receiving the scholarship not only gave me financial support, but being the only performing arts winner and knowing that I had that kind of support was a huge boost to my confidence.”

The $5,000 scholarship was a first for annais—“I’ve never received an award for that amount in my life!”—and ultimately went toward her tuition at the California Institute of the Arts, which she transferred to in the Fall of 2016.

“The tuition at CalArts ranged from 45 to 50 grand at the time I was applying,” she explains. “I had a little bit of pushback from a few of my mentors at PCC when I told them I was planning to apply to CalArts. It was mostly due to the financial aspect; they were just looking out for me. And even though it was a little discouraging, I was determined to continue my arts education there, and the Westerbeck scholarship was so helpful!”

Of course, the scholarship didn’t cover annais’s tuition. Not even close. But it certainly put a dent in her student loans, and that has made all the difference.

“I’m originally from Palm Springs,” she explains, “and I chose to attend PCC because it was affordable while also being a great place to receive my music education. Besides, I wanted to leave my space. I had this desire to move and grow. PCC offered me all of that.”

Moving to Valencia for the next leg of her academic journey was both a logical and necessary step for annais. According to her, the experience she had as a student at CalArts was “simply incredible!”

“Attending PCC was absolutely what I needed to do in order to be successful at CalArts,” she says. “CalArts is very open-ended, very experimental. People who go there need to have a real clear goal in mind of what they want to do. I entered CalArts having had this highly structured background, and although I didn’t have the same grounded support I had at PCC, I was able to learn and grow so much there.”

For annais, PCC gave her a traditional approach to music. It taught her the basics; it bestowed her with a deep appreciation for a wide range of music, music theory, and music history. CalArts, however, was like jumping into the deep end.

“I had to figure out for myself what I was interested in as far as music goes,” she says. “But it was great. It forced me to branch outside my comfort zone and I learned about areas of music and life I’ve never even considered before!”

Classes that explored music outside of Western tradition, along with the nature of sound itself, were pivotal for annais’s growth as both a musician and as a teacher. She went on to record an EP with the indie pop rock band tinywave; she performed at the Troubadour in L.A. and recorded with Primero Sueño at Capitol Records, among other notable achievements.

It was also around this time that annais began to discover the connection between her two passions: music and astrophysics.

“There is a kind of sounding of universe,” she explains. “Most people think of the arts and sciences as being completely separate fields, but I think there’s a lot of similarities there.”

She waxes eloquently about the significance of sound and its relation to things like mental health. “In the realm of cognitive science, scientists are beginning to understand how a person’s brain is capable of changing throughout their entire life,” she says. “Things like mindfulness practices and meditation can play a major role in altering brain structure. What I tend to focus on is something called sonic meditation.”

Before the pandemic, annais was facilitating sonic meditation classes at a wellness spa in the desert. “It’s when people come together and engage in a social artistic exercise that is both producing sound as well as listening to sound,” she says. “It’s about connecting.”

This is deep listening. It is the method of listening to everything on the outside and inside at the same time; it is about getting in tune with yourself, with others, and with the universe.

If you were to ask her, annais would tell you that we exist in a sonic reality, and that we use sound to navigate the world constantly, most of the time without even realizing it. She would tell you that the earliest humans who walked the earth interpreted and experimented with sound much in the same ways we do today—to arrive at a better understanding of who we are in relation to everything else.

“Knowing how to really listen is important,” she says. “I think people need to recognize that we’re not just conscious beings walking around in a space we have no relation to. It’s all related.”

Of course, annais also recognizes that music is a distinct brand of sound.

“It’s a very human event,” she says. “Soundwaves exist all across the universe, and most of them are imperceptible to human ears. Music, on the other hand, is the practice of creating and harnessing sound through different sounding elements, such as instruments, computers, anything that vibrates, really.”

It is here where annais’s understanding of art and science converge.

“The way I have often connected music and the universe has been through sound and time,” she explains. “They’ve been radically tied together ever since humans existed; we are conduits of energy, and the waves that we produce through music is a beautiful manifestation of the universe listening to itself.”

Currently, annais is living in Palm Springs. She plans to return to teaching sonic meditation classes and working for Wyld Womxn Collective once this time of social distancing is behind us. In the meantime, she is turning to music and sound as her sources for relaxation, wellness, and healing.

To hear some of annais’s own music, check out the band tinywave.