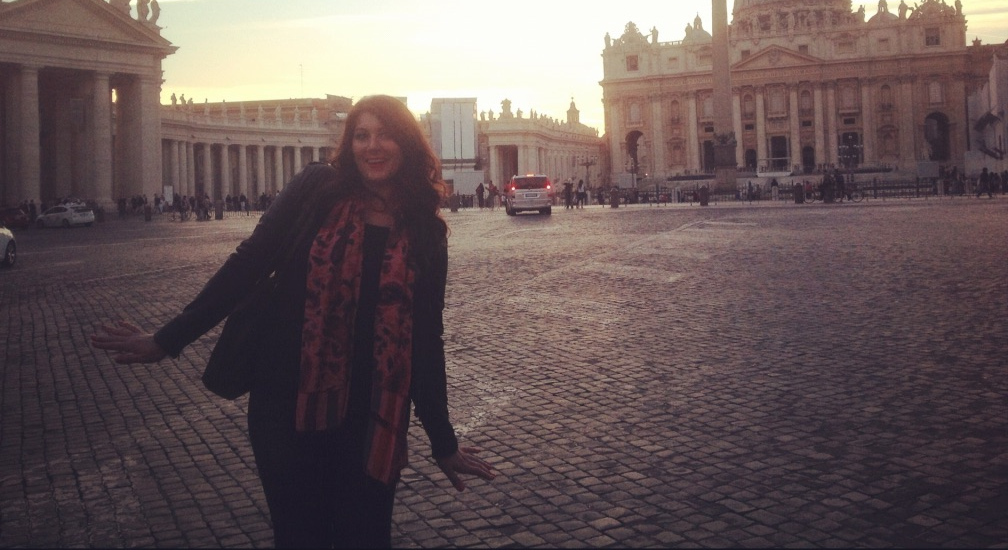 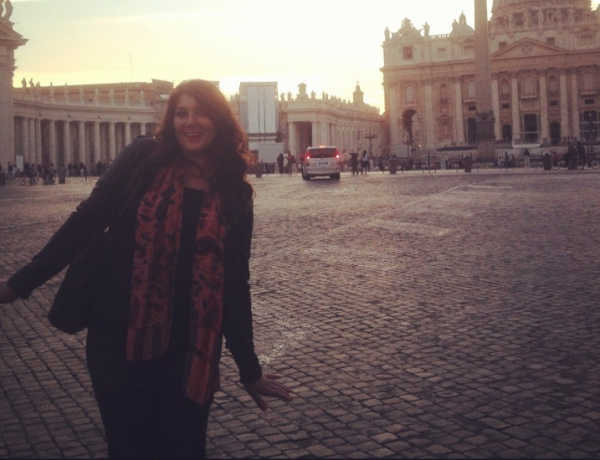 Megan Rose Donovan: How PCC Planted the Seeds for Her Success

When Megan Rose Donovan reflects on her time at PCC, she lights up. Not only is she grateful for the quality education she received there between 2006 and 2008, but she credits the College for changing the trajectory of her life in the best possible way.

“It all started at PCC,” she says. “I was in a place in my life where I needed a transition. I didn’t go to college after high school like many people; I went straight to work. But after several years, I knew I needed to make a change.”

Megan enrolled in PCC’s art history program at the age of 27 after a co-worker inspired her to consider getting a higher education.

“I was older than most of the other students in my class,” says Megan. “But that’s the great thing about PCC: it’s for anyone, regardless of age, who wants to pursue a college education.”

She would go on to study abroad in Italy, transfer to Occidental College in 2008, earned her master’s degree in Art History of the Italian Renaissance from Syracuse University in Florence, and live in the Tuscany region from 2010 to 2013. Upon her return to the States, Megan was hired at UC San Diego and National University as an international student advisor. Though today she would say her life is at a crossroads, her passion for art, travel, and education has never wavered.

“I’m currently in the process of switching to a career in garden design and horticulture,” she says. “It’s something that aligns with art history and my interests. For me, it’s about sustainable landscaping. We need to cultivate outdoor spaces that work for everyone, not just a few.”

For instance, Megan is looking forward to taking an ornamental horticulture class at one of her local community colleges in San Diego, where she currently lives.

“The whole point is to get a scientific background of plant systems and landscape architecture,” she explains. “That’s something that’s missing in my art education.”

The reason for this shift in her career is perhaps a melancholy one, if not an inspiring show of strength, resilience, and personal growth. After being diagnosed with breast cancer in July of 2019, Megan went on disability. And ever since the pandemic took the world by storm in early 2020, her job as an international student advisor has been, according to her, “obsolete.” 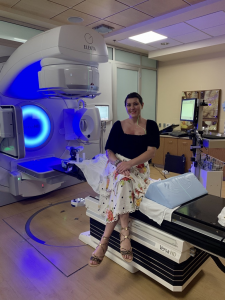 “Cancer and the pandemic made my goals very clear,” she says. “I had a lot of time to sit back and think about how I wanted to spend my time going forward and consider the things that were important to me.”

Upon her diagnosis in 2019, it was clear to doctors that Megan needed to undergo a dual treatment of surgery and chemotherapy.

“They threw the kitchen sink at me,” she says. “It was a triple positive—meaning, a very aggressive form of cancer—and so basically I’ll be taking a pill for the next five to ten years.”

After losing both her parents to cancer—her father in 2001 and her mother in 2018—it comes as no surprise that Megan met her diagnosis with rancorous familiarity. To say that the disease has permanently affected her life would be an understatement; in fact, it proved to be the catalyst for how she would live it.

“I had a choice every day about how I wanted to behave, how I wanted to speak to people, how I wanted to think about it,” she explains. “When you receive a diagnosis like that, you’re forced to consider the big question: who am I? And for me, I chose to be a fighter. I chose to fight the good fight, to make sure my family and friends knew I loved them, to unapologetically say I don’t tolerate things like racism and social injustice. It helped motivate me to lead a more meaningful and purposeful life.”

And for Megan, it was PCC that ignited that fighting spirit.

“For example, I had a professor at PCC who sparked a fire in me when it came to the issue of social justice,” she says. “He taught us to think critically, encouraged us to ask questions and discuss difficult topics. It opened my eyes and helped me see the world differently. I was even the president of Students for Social Justice when I was there.”

“PCC is fighting that good fight, I would say,” she added. “It fosters learning and accessibility; it sparks a lot of wonderful ideas, and for people like me, it served as a launchpad for those who didn’t go the traditional route of high school, college, job. That’s what is so great about it.”

It was a no-brainer when Megan received an email in Fall 2020 inviting her to review scholarship applications for current PCC students. A former scholarship recipient herself, she was happy to lend a helping hand.

“It was an honor to review the applications,” she says. “I would love to continue doing that. There are so many students there who deserve these scholarships. They deserve to get funding to complete their studies. College is hard; starting a career is hard. And there are so many people with kids, people who are working full-time jobs in addition to getting their degree. Life is hard, and the work the PCC Foundation does to help those students continue with their education is so worth it.” 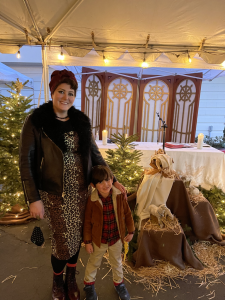 Today, Megan is in remission, and when she isn’t busy throwing her son, Jack, age 5, a socially distanced SpongeBob SquarePants themed birthday party, she is out in the yard, nurturing her plants.

“I have PCC to thank for all my achievements, both academically and professionally,” she says, as a final note. “I took advantage of the programs there; I made good lifelong friends there. I would say my whole life journey began at PCC, and I’m better for it.”