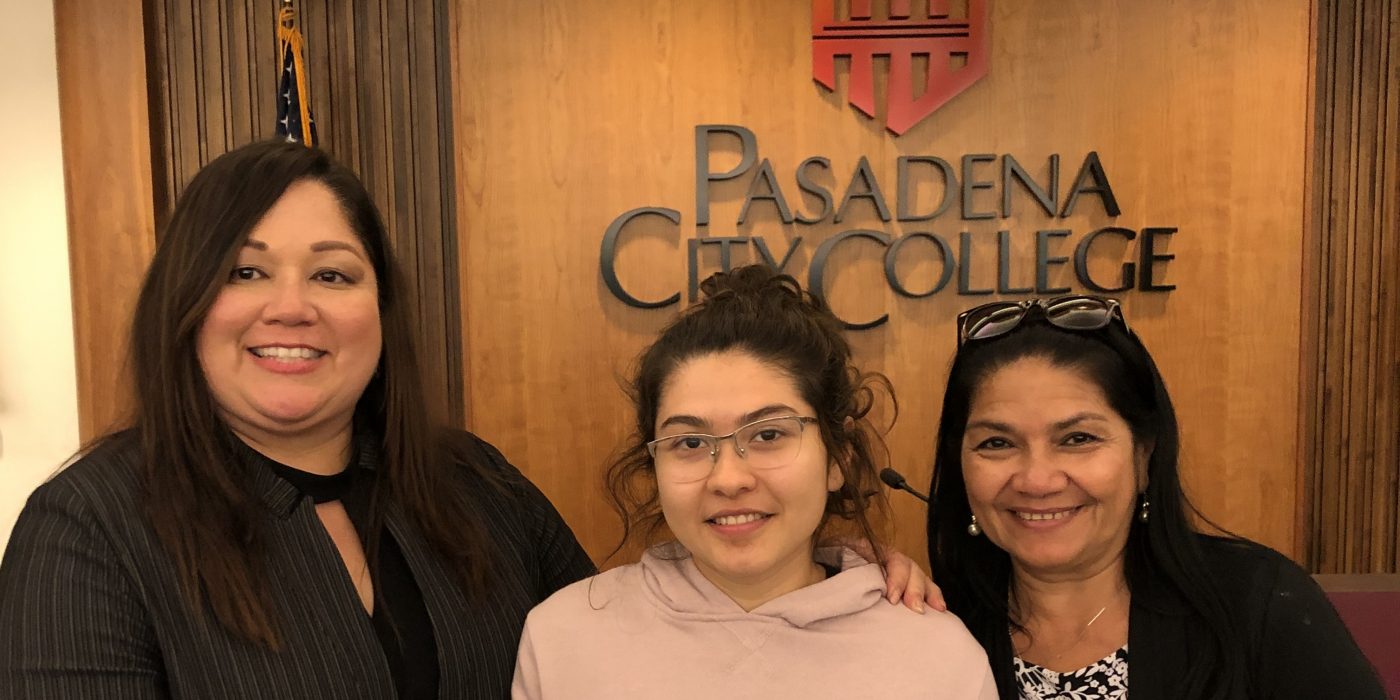 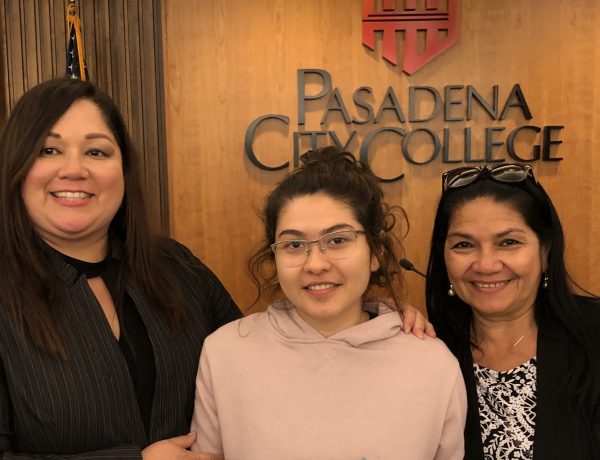 On Track: How One Student’s PCC Experience Changed Her Life

Luisa Flores, a 2019 PCC graduate, grew up in San Pedro Sula, Honduras – a place with little access to social services and academic opportunities.

In fact, it was listed as the most dangerous city in 2013.

One particular experience there affected her and her family deeply, and later that same year, she was forced to move to the United States for security reasons.

“Moving to such a different country, with no family around, was extremely difficult,” she said. “The language barrier initially made me struggle a lot with school. I could read and write English, but I couldn’t speak it very well.”

When she graduated from Duarte High School in 2015, Luisa began setting her sights on college.

“My parents didn’t have the opportunity for a higher education,” she said. “But they always encouraged me and my siblings to pursue a college degree for ourselves. They wanted the best for us.”

Luisa reflected on the moment she decided to attend PCC. At the time, her cousin was a Lancer, and she would occasionally visit them to get a sense of what the College was like.

“I really liked being on campus,” she said. “There seemed to be a lot of possibility for me there.”

At first, Luisa didn’t know what her area of study would be. She began by exploring the Latino Heritage program, and she preoccupied herself by taking her gen eds and ESL classes. It was when she joined the College’s track and field team, however, that she started to realize just how significant physical education was for her.

“Because of my negative experiences back in Honduras and my issues with the language barrier in the U.S., I was suffering from PTSD and depression,” Luisa said. “My physical education classes really helped me with that.”

With renewed motivation to overcome her language barrier and improve her mental health, Luisa began orchestrating her classes at PCC to pave the way for a career in physical therapy. 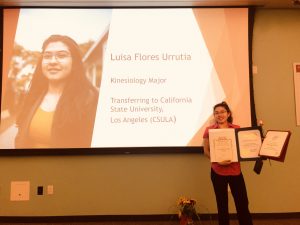 In fact, it was at PCC where Luisa was eventually offered a job at the front desk in the financial aid office. This, she explained, helped her get better acquainted with the English language.

“I learned how to speak English on the job,” she said. “I had to speak to students every day, which forced me to socialize. My supervisors helped me out when I needed it, and over time, I got better.”

In 2018, Luisa received the Robert Westerbeck General Osher Scholarship for $500, which is a renewable scholarship for up to three years.

“It was Andre Lawrence, my mentor at the Learning Assistance Center, who introduced me to Kris McPeak at the PCC Foundation,” she said. “I ended up attending one of her workshops and she helped me understand the process of applying for scholarships.”

“They have helped me to achieve my goals and I want to be able to give back all the opportunities the College has given me by empowering other PCC students,” Luisa said.

Today, Luisa is a dean’s list student majoring in kinesiology at CSULA. She plans to graduate with her bachelor’s in 2022 and apply to the physical therapy doctorate program at USC, which will allow her to pursue a career as a physical therapist.

Luisa describes her goals, saying, “I want to help people in my community overcome depression; I want them to feel strong and worthy and to be physically and psychologically healthy.”

“PCC has helped in more ways than I can explain,” she added. “I learned how to communicate there; I learned how to be social there. But more than that, the College helped me financially. The programs, the professors, the counselors—PCC has done so much for me. It is like my second family. In the same way my parents have helped prepare me for the world, PCC has helped prepare me for my career.”