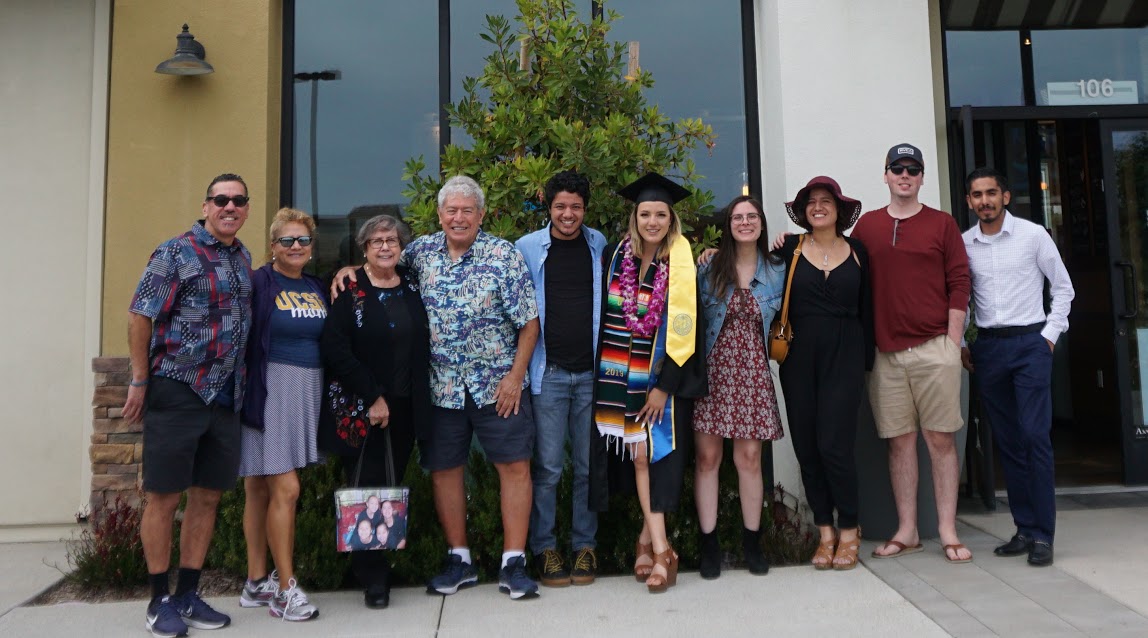 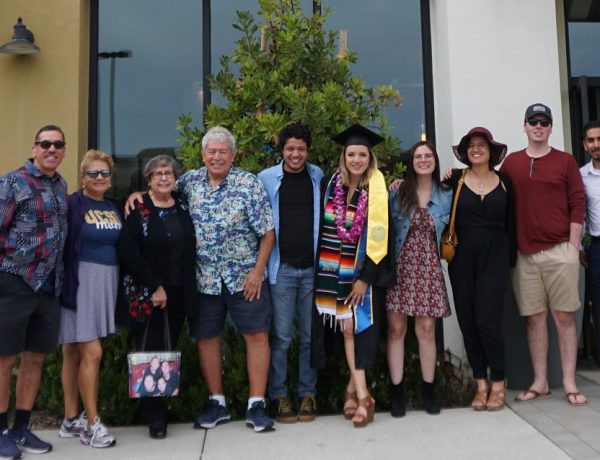 written by Veronica Mejia, Class of 2016

When we talk about my grandparents’ fairy tale 50-plus-year relationship and marriage, we don’t say ‘Once upon a time.”

That’s when they met, starting a three-generation love affair with an institution that has grown into one of the country’s top ten community colleges.

My grandfather and grandmother were scheduled to receive awards for Outstanding Academic Achievement from the Pasadena Scholarship Committee for Americans of Mexican Descent. He asked her if she wanted a ride to the ceremony.

They fell in love and the rest, as they say, is family history.

My grandfather took art classes, graduated from PCC in 1961 and enjoyed a long career in commercial art advertising and design. A PCC teacher connected him with someone at Avery Label, where he started a 30-year career there and various other companies.

Inspired by a passionate government teacher, my grandmother found a life-long cause of her own – special education. After attending from PCC in 1959 to 1962, she spent 32 years in the Pasadena Unified School District, where she eventually became a speech and language specialist.

Their son started at PCC in 1981. Besides competing on the track and cross-country teams, he took classes that included one on the fourth floor of the U Building, now vacant and scheduled for demolition. It was there more than 30 years ago he was assigned a seat next to a young woman who – well, you can guess.

They became my parents. And in their footsteps, all four of their children have attended PCC.

My older sister, Andrea, started classes in Humanities and Natural Science in 2011.

I soon followed, competing as a student athlete and serving as a Rose Princess representing PCC in the 2015 Tournament of Roses Parade. I received an AA in Communication and Social & Behavioral Science.

My two younger siblings, Samuel and Alyssa, attended PCC, as well. Alyssa graduated May with an AA in Communications soon after the campus shifted to post-pandemic online learning. Samuel is attending online and is scheduled to graduate in 2021 with an AA in general education.

In all, 25 members of my immediate and extended family have attended PCC. There is nothing to report about how this affiliation has produced new romances – at least not yet.

Just gratitude for an enduring institution that not only educated my family but played the matchmaker for it as well.