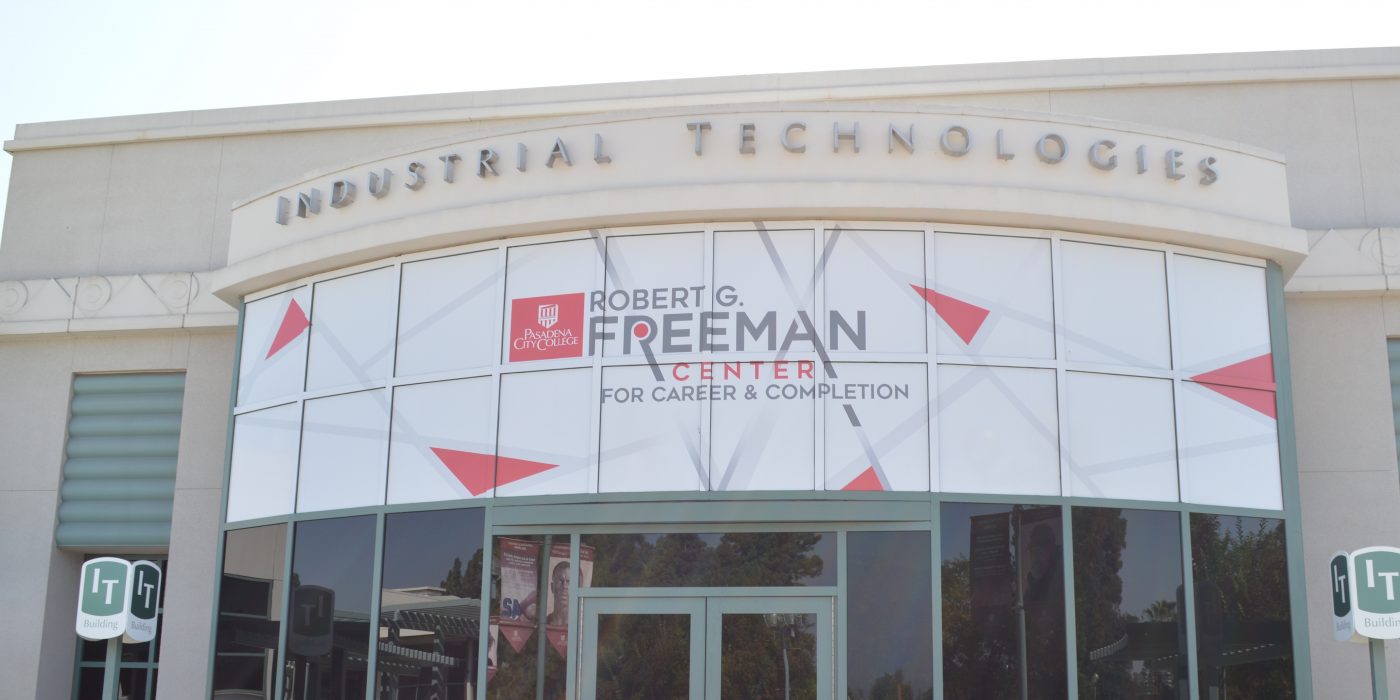 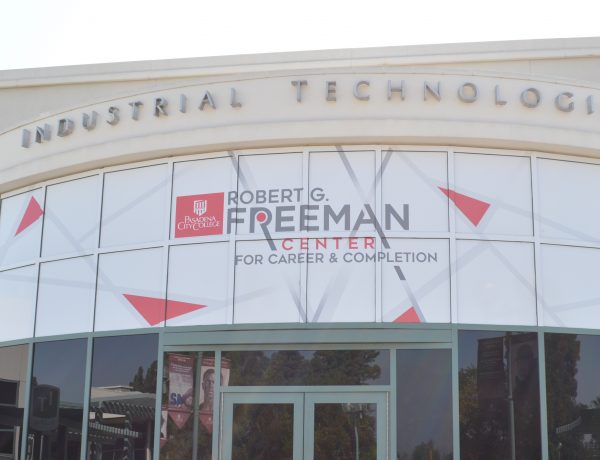 When Steve English and Molly Munger took a guided tour around the Pasadena City College campus, the Walter Shatford Library caught their eye.

Molly immediately recalled the strong relationship between her step-father, Dr. Robert G. Freeman and the late Walter T. Shatford, II.  As history would have it, Walter Shatford and Robert Freeman served together on the Pasadena Board of Education during the time that the Board of Education also governed college-level education, including Pasadena City College, then known as Pasadena Junior College. 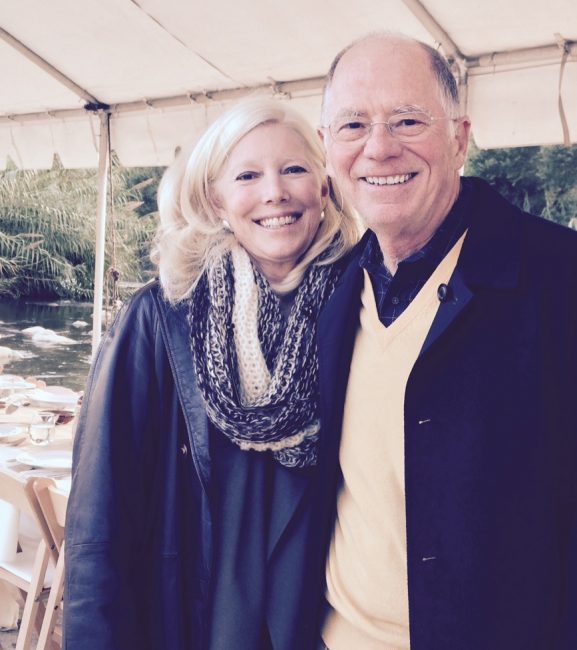 So when the generosity of Molly Munger and her husband Steve culminated in a gift to the IMPACT campaign came with a naming opportunity, she joined with her sister and brother-in-law, Wendy Munger and Leonard Gumport, in commemorating their step-father by naming the center, the Robert G. Freeman Center for Career and Completion.

Dr. Freeman was the first radiologist to establish a practice in Pasadena. Molly recalls that “he was a courageous liberal with a happy, kindly way about him.  He had a strong sense of justice and meaningful religious beliefs.”  Dr. Freeman met Molly and Wendy’s mother, Nancy Huggins Munger, when she was struggling to find treatment for her son, Teddy, who had been diagnosed with leukemia.  Nancy had heard that radiation might help Teddy’s leg pain, and that was the beginning of how the Mungers and the Freeman’s became a blended family.  Sadly, Teddy passed away at age 9.

On May 16, 2019, the Munger sisters and their families were joined by the son and grandson of the late Robert Freeman, Alan, with his wife, Kathie and their son Christopher Freeman at the dedication of the Freeman Center.

During the dedication, Christopher described his grandfather, Dr. Freeman, whom everyone called Bob, as a gregarious musician who loved to play the accordion at Christmas time.  Family members distinctly remember him playing in a red cardigan sweater.  He had a passion for music, especially jazz, and was part of a band, the “Maestros”.  He was the son of a Presbyterian minister and was known for having rewired the parsonage as he loved to “tinker” with things.

During a time when the Pasadena Board of Education was dealing contentiously with the issue of integrating the public school system, two board members, Walter Shatford and Robert Freeman consistently voted favorably on issues that would lead toward increasing integration.  “Bob relied on Walter for his legal pedigree and they shared the same moral compass,” said Molly.  The issue was finally resolved in the historic ruling on January 20, 1970 when the federal court ordered bussing in the Pasadena school system.

“When I saw Walter’s name on PCC’s Shatford Library, it recalled those days of our step-father in lockstep with Walter during those tough days on the Pasadena Board of Education.  It seemed fitting that their two names would serve as bookends on a campus that exemplifies the diversity they both wanted to establish in Pasadena education.”