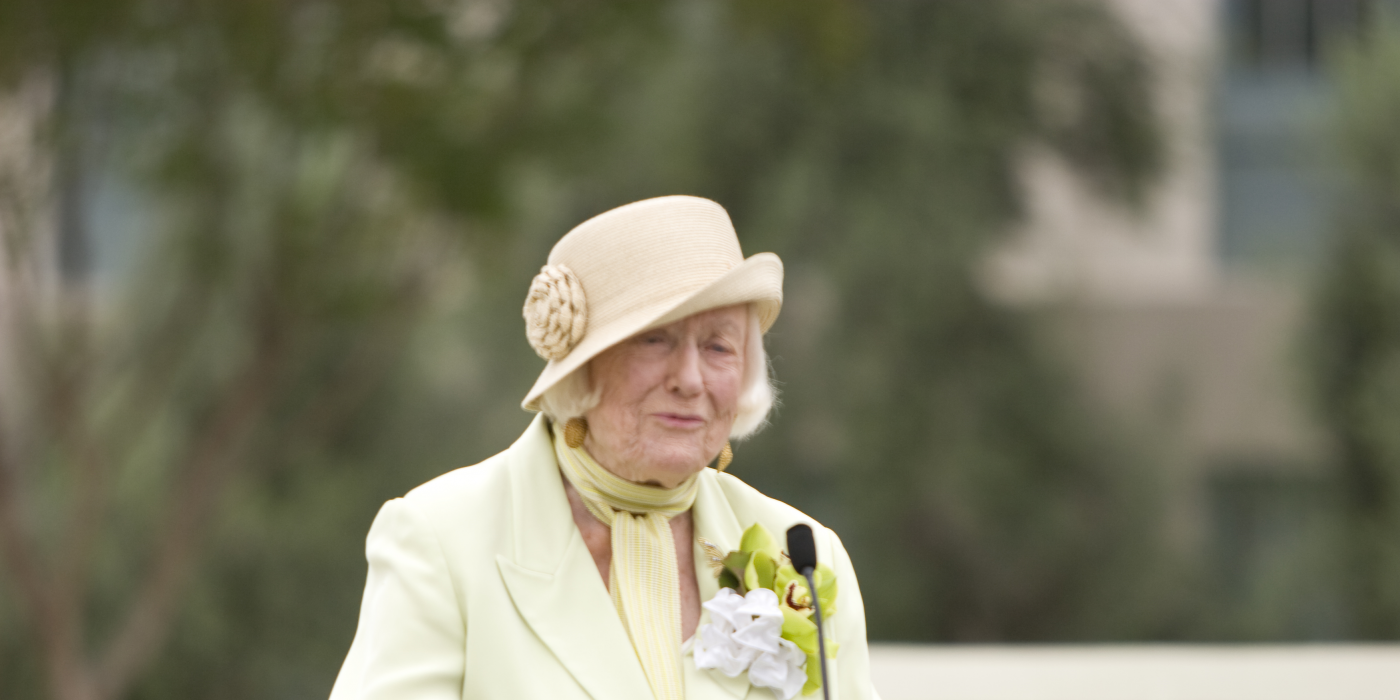 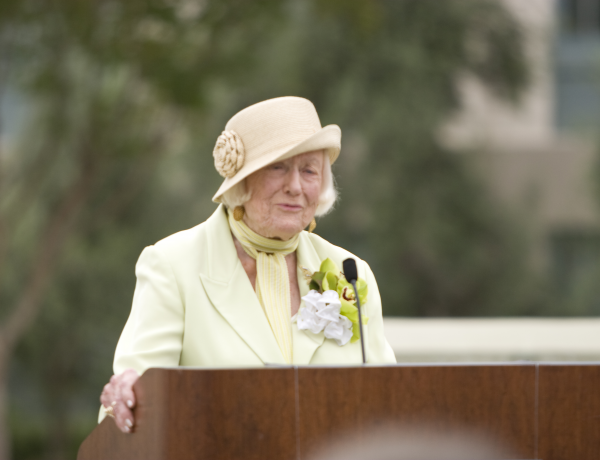 Teach a Community to Fish: Adelaide Hixon’s Gift to PCC

Adelaide Hixon’s legacy in education started well before she established the Hixon Teacher Preparation Program at PCC. It even predated her work as a nurse’s aide during World War II, which was the catalyst for her lifelong commitment to community service.

From a very young age, Adelaide felt that her wealth and social standing implored her to help those in need. Because of this, she developed strong liberal and humanitarian values and would often find ways to buck the system when she sensed an injustice.

After marrying Alexander P. Hixon in 1938, the couple put their time and money into myriad social and education programs, such as establishing a Center for Urban Ecology at Yale University and working for the United Nations Development Program, for which they aided developing countries in the late 1960s and early 1970s.

It is in these years, perhaps, where Adelaide gained her fiery passion for education and her shameless distaste for unbending authority and institutional hypocrisy. Though she was a fierce supporter of giving back to the community, she always demanded exceptionalism from those around her.

This is the impression, at any rate, one gains from hearing the memories of Adelaide shared by those who knew her best.

As her longtime friend and unofficial protégé Alexander Kritselis said, “[Adelaide] was thoughtful, took no prisoners, and had no patience for anyone who didn’t deliver. I shivered in her presence, but I am so glad she gave me the time, guidance, and advice that helped me become a better person.”

Locally, Adelaide has been a longtime leader in many organizations supporting art and education, such as the Pasadena Art Alliance, the Conservatory of Music, Southern California Public Radio, the Pasadena Art Museum, the ArtCenter College of Design, Polytechnic School, and the California Institute of Technology, where she helped to establish a Writing Center for engineers and scientists to develop stronger writing skills.

At PCC, however, she wanted to do something that would make a significant impact not just on the College but on the community.

After reaching out to Jack Scott, the College’s president from 1987 to 1995, Adelaide explained that she wanted to support public education.

The program was created, first and foremost, to expand the teacher pipeline at the community college level.

“We support PCC students who are interested in teaching as a profession,” explained Leticia Rojas, Faculty Lead for the Hixon Teacher Preparation Program. “It’s everything from helping students establish internships to providing them with scholarship opportunities.”

Between 2019 and 2020, the program saw over 500 students attend various events hosted by PCC. These included a speaker panel in Fall 2020 that focused on equity and education, study sessions, a workshop on the Polytechnic internship program, and Teacher Talk—a virtual events series that featured teachers discussing their experiences teaching during a pandemic, using different technologies in education, and promoting diversity in the classroom.

“We have a growingly diverse student population,” Leticia said, “and for us to better prepare the teachers who are going to be supporting those students, they need to be taking courses that have an equity lens to them.”

“More than 80% of elementary school teachers in the community are white women,” Leticia explained. “That doesn’t mean they’re not exceptional teachers, obviously,” she said. “But we know from research that having a diverse faculty enriches the diversification of our students.”

This makes the impact of the Hixon Teacher Preparation Program—which is rooted in the community college system—a significant one.

“It’s a critical juncture, especially when we think about diversifying the workforce,” Leticia said. “For me, the community college level is a great space to get more diverse teacher pathways. Students are coming from all walks of life: adults returning to the classroom after 20 years, a lot of 18 and 19-year-olds. It’s important to have those voices in the classroom.”

In addition to preparing teachers for the workforce, the program looks forward to developing a partnership with the College’s Visual and Performing Arts program, which Adelaide also supported, specifically during the Arts campaign while the Center for the Arts was being built.

This add-on to the program came when, in Spring 2020, the Foundation learned that Adelaide had left an additional $1.5 million bequest in her will, $1 million of which would be added to the fund for the Hixon Teacher Preparation Program, and an additional $500,000 for students who planned to teach in the Visual and Performing Arts.

“The intention was for us to work together,” explained Leticia, “so that students who want to be art teachers have that kind of support. That’s going to be a big part of my job this year.”

Right now, the Hixon Teacher Preparation Program focuses primarily on those who want to be elementary school teachers. But with the growing number of students, it aims to develop a program for those seeking to teach middle school and high school as well.

“We’re always trying to think of additional support systems for students who want to go into teaching,” Leticia said.

The Hixon Teacher Preparation Program is the first of its kind at PCC. It currently has over 450 students enrolled, with most of them planning to transfer for CSULA, CSU Northridge, CSU Long Beach, and to several UC’s where they intend to pursue a credential after receiving their bachelor’s.

“It’s a wonderful program,” said Leticia. “It gets students on the path to becoming passionate, competent, and diverse teachers, which is what we need.”