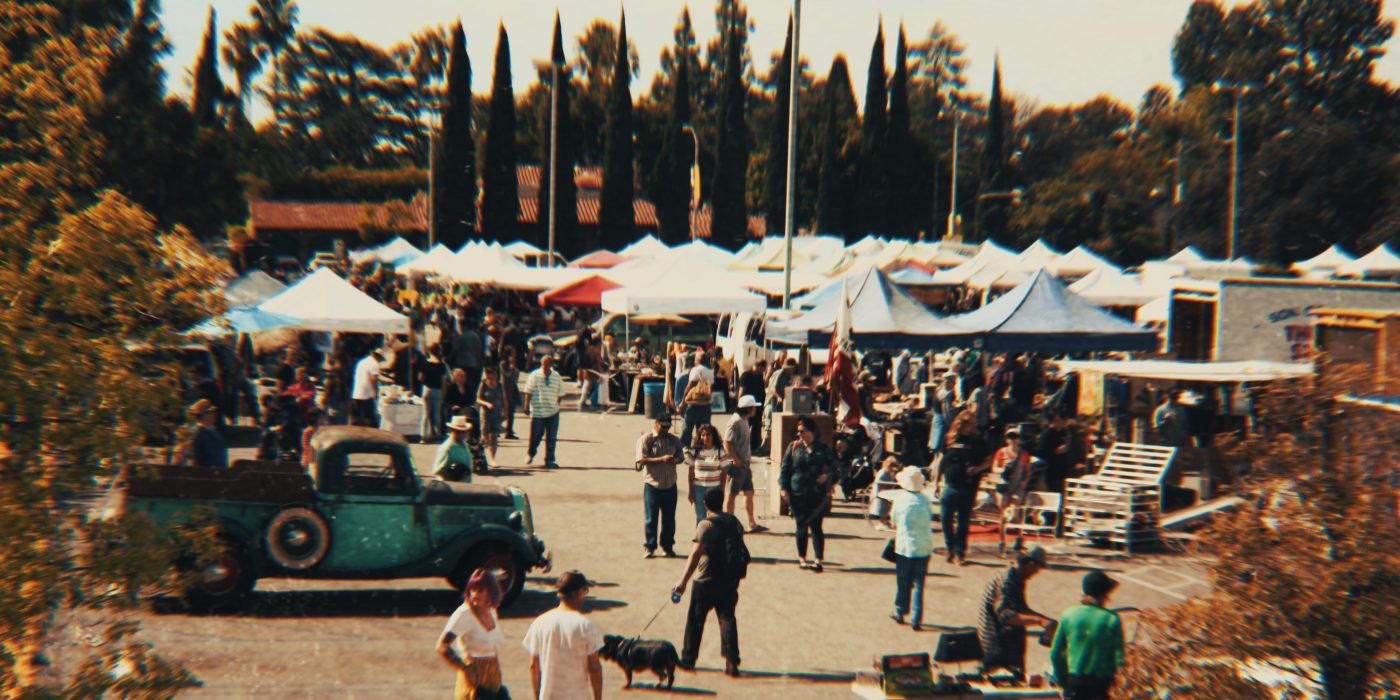 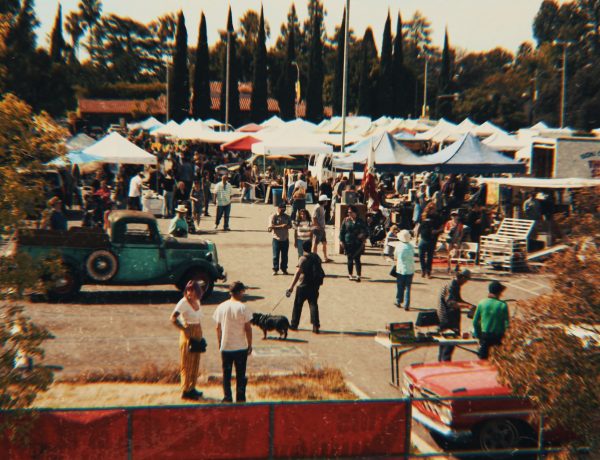 The PCC Flea Market Is Back!

It used to be that, on the first Sunday of every month, vintage furniture and home decor would appear on PCC’s campus, making it look like an old-timey provincial suburb that would draw people—vendors and shoppers alike—in droves. Then, like the rest of the world, it all seemed to go quiet in early 2020. 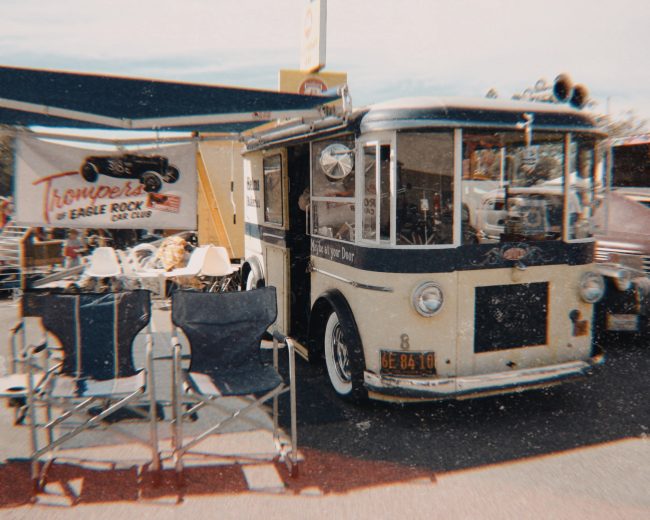 Now, the PCC Flea Market is returning after a nearly two-year, pandemic-induced hiatus, and those behind the scenes can hardly wait to get things up and running again.

“We’re moving around and a lot is changing,” she explained. “We used to be in four different parking lots spread out across campus. Now, we’ll be located on Hill Avenue, between Colorado and Del Mar. This will be a good change, both for vendors and customers. It will keep everything in one general area.”

The Market layout spans two outdoor parking lots and one indoor parking structure along Hill Avenue, with vendors setting up stalls, pop-up canopies, or tabletop displays of their merchandise.

“It’s a lot of work getting the operations ready to go,” said Lindsey. “But everything about the reopening feels good.”

Since March 2020, the Market has been closed to help stem the spread of COVID-19. Now, as the community crawls out of the woodwork and back into public life, it’s become more essential than ever to bring Market vendors and patrons together again.

Prior to the pandemic, the Market would draw over 480 vendors hailing from nearby Temecula to Las Vegas with all manner of merchandise ranging from household game pieces, taxidermy, books, and vintage artwork. This would generate close to $400,000 every year, which would go toward scholarships and student activities.

“This past year, we did have to decrease the amount we awarded in scholarships,” Lindsey said. “But now that we’re getting started up again, it’s our goal to continue supporting student life as much as we did in the past.”

Not only does this year mark the 44th anniversary of the Market, but the program is now a program of the PCC Foundation.

As Lindsey said, the Foundation had the perfect structure for the Flea Market to get reestablished. “The Market is essentially a fundraising arm for the College,” she explained. “And though our structure and agreement will remain the same as it did when we were housed in student life, we’ll now be operating under the Foundation.” 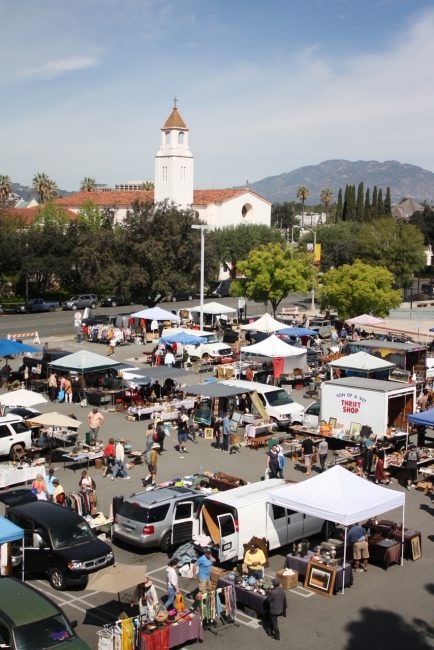 With the help of Foundation staff and student volunteers, the Flea Market will continue to be a monthly crowd-pleaser that sells antiques and collectibles, and it will continue to uphold its mission to significantly enhance student life and individual student success.

And though it will take time to rediscover its legs, Lindsey and the Foundation have come up with ways to revolutionize the Market’s operations post-2020.

“One of the new ideas for our staffing structure is to have students apply for scholarships that would honor their community service work with the Flea Market, along with other Foundation events,” said Lindsey. “They would be considered a Lancer Ambassador, and a big part of their commitment would be to volunteer at the Market the first Sunday of the month. Vendors like to see the students that their funds are supporting, and this would be a great way to do that.”

Co-founder of the PCC Flea Market and founder of FocusOut Introductions Group, Tom Selinske, agrees, adding, “Because of the Foundation’s expertise in cash resources and having a similar mission to support student success, it made perfect sense.”

In 1977, Tom and his late brother, Tim, were PCC students who wanted to raise funds for student clubs and student government. That’s when they came up with the idea of notifying vendors at local swap meets of an opportunity to sell their merchandise at PCC.

“Initially, the Flea Market was held on the old football field and tennis courts,” Tom said. “It was a first attempt, and we learned a lot from it. For starters, we realized we needed more visibility. So then we put it on the corner of Colorado.”

Drawing inspiration from PCC’s Dean of Students at the time, Tom and his brother would charge antiques dealers $20 for a three-car space. And as more and more spaces sold, they began to see the Flea Market’s potential.

“We started holding it on a monthly basis. My brother and I would take reservations from our phones at home, from our dining room table,” said Tom, laughing. “Eventually, we had a doubling and tripling of people who wanted to sell, and it became known as a collectibles flea market, and we’ve kept our focus on that ever since.”

Decades later, Tom and Tim’s vision of a monthly flea market fundraiser for PCC’s student life still has legs. In fact, vintage furniture and old-fashioned knickknacks are becoming increasingly popular post-pandemic, when budget-conscious consumers are seeking to spruce up their homes and leaning into the mix of old and modern design. Nostalgia is in. And now with the Foundation sponsoring the Market, the mission to support students is more alive than ever.

“Vendors supporting students has always been the core idea of PCC’s Flea Market,” Tom said. “For many years, we would have waiting lists of people who wanted to get in and sell their things at PCC. It’s a terrific way to support students, and as long as the merchandise meets our antiques and collectibles criteria, we encourage people to come get a space and put their stuff on display.” 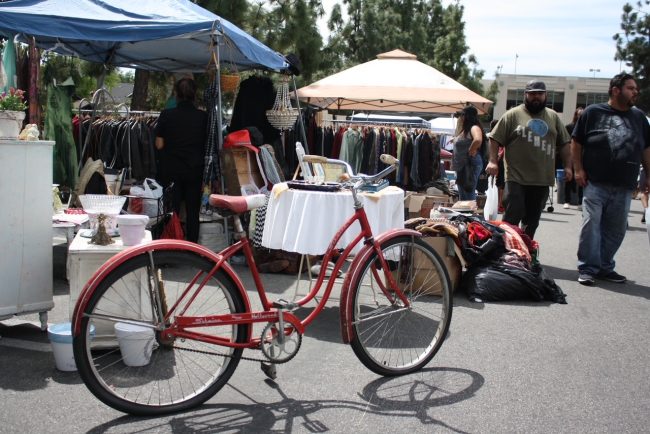 “All of our vendors are antique pickers,” Lindsey added. “There’s no new or mass-produced items at our market. Whereas most flea markets are swap meets, the PCC Flea Market deals strictly in antiques and collectibles.”

So for all you window shoppers, thrift store junkies, and yard sale connoisseurs out there who enjoy a bit of weekend treasure hunting, PCC is once again a monthly destination. The Flea Market reopened on Sunday, December 5th. Don’t forget to put the first Sunday of the month on your calendars!